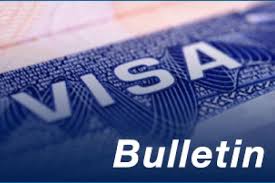 The Department of State released the visa bulletin for October 2016 recently. Below is a summary of movement and changes.

F2B – Unmarried Sons and Daughters of Permanent Residents: Most of the world moved forward about 5 weeks to March 15, 2010. Mexico moved forward only 2 weeks to October 1, 1995 and the Philippines moved forward 1 month to January 1, 2006

There should be forward movement on all categories in the next several months of about 2-6 weeks.

EB-1: As stated previously, this became current for everyone for October.

EB-2: Again, as we stated previously this became current for Worldwide numbers, Mexico and the Philippines. It moved forward to February 15, 2012 for China and to January 15, 2007 for India.

Predictions for the Coming Months:

For EB-2s the Department of State sees China and India moving forward about 3 months (maybe 4 months for India) in the coming months. Worldwide and Mexico should remain current.

For EB-3s, they still feel that for the Worldwide numbers, demand may cause them to backlog (however this did not occur at all last year, and they thought it would then as well), but we will have to see. For China, EB-3 should move forward about 3 months. It will move forward only about 1 week for India and about 3 weeks for the Philippines.